My name is Abdirizak Haji Hussein, former Prime Minister of Somalia (1964-67). I currently live in the United States, but I follow closely events in Somalia and the Horn.

After careful consideration, I thought it pertinent to write this personal letter to Your Excellency to share with you my feelings and concerns, which I believe are the feelings and concerns of most concerned and informed Somalis, about the pathetic and ever deteriorating situation in Somalia, and the role Ethiopia has been playing in such a prolonged crises. Specifically, I would like to share the following points.

Ethiopia has, especially since 1992, been actively involved in Somalia’s crises. Several conferences on national reconciliation have been held in Ethiopia, some of which were initiated and sponsored by your Government. At the beginning, it appeared that your government’s approach towards the crises was fundamentally neutral, which was much appreciated by anyone who really had Somalia’s plight at heart. But, since Cairo’s reconciliation conference, it appears that Ethiopia has had second thoughts—-and this has become the basis for a new approach.

The new policy seems to be oriented towards partisanship and clientalism when dealing with the Somali rival functions. This has led to a gradual but steady pattern of meddling in Somalia’s internal affairs. In turn, such a posture has further aggravated the political and security situation.

At this point, the question many a Somali is asking is this: Does the Ethiopian Government’s new attitude revive the old Ethiopian claim towards the land of the Somali nation, and, therefore, access to the sea at the expense of the Somali nation? If so, perhaps the best means to achieve this would be to follow the classic footsteps of the old colonialist technique of manipulating local chieftains and playing one clan or group of clans (and now petty warlords too), against the others. Such a new scramble will include a military occupation of parts, if not the whole, of Somalia on an orchestrated pretext—like Altihad and “terrorism” threatening Ethiopia national security—and then trying to build up a thousand and one excuses to stay put. This may sound like an exaggeratingly surrealistic scenario. I hope it is just that.

But then there is the UN Security Council resolution on the situation in Somalia (SC/7346 of March 28, 2002) which, among other things, “noted with serious concern the continued flow of weapons and ammunition supplies to Somalia from other countries and reported training of militia and plans of major offensives in southern and northeastern parts of the country.” The council further “insisted that no state, in particular those of the region, should interfere in the internal affairs of Somalia. Such interference only further destabilizes Somalia—–and could jeopardize the sovereignty, territorial integrity, political indepence and unity of the country…”

Though the resolution refrained from naming any specific country, the illusion is clear. Your Excellence, it’s an open secret that your government has been in violation of UN Security Council Resolution 733 (January23, 1992), which established an arms embargo on Somalia. There is evidence that you have been supplying weapons and ammunition to a number of Somali warlords in different areas of the country, more specifically in the Mogadishu area, in Bay, Bakool, Gedo and Jubaland regions, as well as in the northeastern (Puntland) region in a bid to strengthen the military and political fortunes of those warlords who are known to have close links with your government. “The reported training of militia” by your government’s officers both in “southern and northeastern parts of the country” for “major offensives” is also an open secret.

I have read with keen interest the transcript in Somali of the long and interesting interview Your Excellency had with the BBC (Somali service) that was aired on April 4, 2002. Here, you deny that above allegations by stating that the new Ethiopia under your leadership is completely opposed to the policies and practices of the former Ethiopian rulers. BBC reports also that you made it clear that Ethiopia ‘s stated policy on Somalia is one that is committed to work toward helping Somali’s overcome their present political difficulties, not take advantage of it. Your Excellency is also reported to have added, “ with a Somalia on solid foundation, Ethiopia would have gained many benefits.” Citing some examples you reported to have said: “ Now, we are land locked. In Somalia, there’re many sea-ports on the Indian Ocean. Many of those ports are adjacent to our country. With a stable government in Somalia, we could have had opportunities that now do not exist. So, not only would we lose nothing if there were a stable government in Somalia but we would have gained much.”

This is a very heartening and most welcome statement. But how does one square that with the facts on the ground this is a fundamental contradiction that must be addressed.

I, for one, think that your interview with the BBC (Somali service) Chief editor -Yusuf Grad Omar should be taken on its face value. However, I hope you butters you’re ennobling sentiments with concrete and fitting actions. There would be no better time for Your Excellency personally, and for Ethiopia, to win not only the appreciation of the Somali people, but also, to earn the worldwide recognition of being a wounded healing statesman of contemporary Africa

One of the crucial roles Your Excellency can effectively play would be to make CLEAR to those warlords who, in the words of UN Security Council, “ continue to be obstacles to peace and stability in Somalia,” as well as to the national reconciliation efforts, that Ethiopia is not interested in a chaotic and divided Somalia. Moreover, you should assert publicly that anyone who is not for peace and unity in Somalia should NOT count on Ethiopia’s good offices. In my view, if you make a public stand along these lines, a solution to the crises of the long-suffering Somali people would be probable. An ideal moment to announce this point might be around the forthcoming date of the conference in Nairobi.

All the warlords who are vying for becoming either the president and/or prime minister, should be made to realize, loud and clear, that the way to achieve such an ambition is not divide the people, with each cutting the other’s throat. Anyone who aspires to a position of leadership should democratically, persuasively, and convincingly demonstrate why he/ she deserves the peoples’ confidence/trust and support, instead of imposing his/her will and whim at gunpoint. 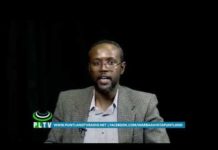 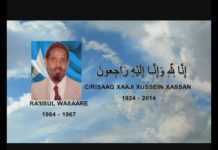 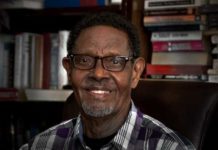 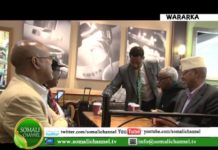 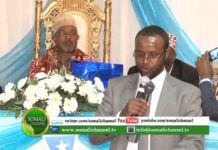 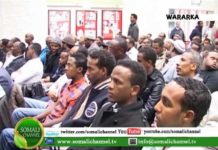 Article of the Day 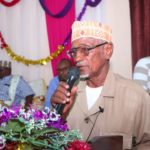 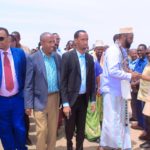 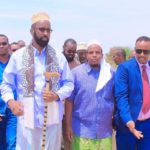 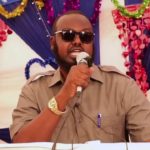 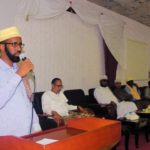 ABOUT US
Fiqixirsi is your daily resource for fiqixirsi family, Our mission is simple. Inspire everyone to invest in themselves
Contact us: [email protected]
FOLLOW US
© Fiqixirsi Magazine | Design | Mohamed Bean Aw-Nor